5 Celebrities Who Opened Up About Fertility Treatment 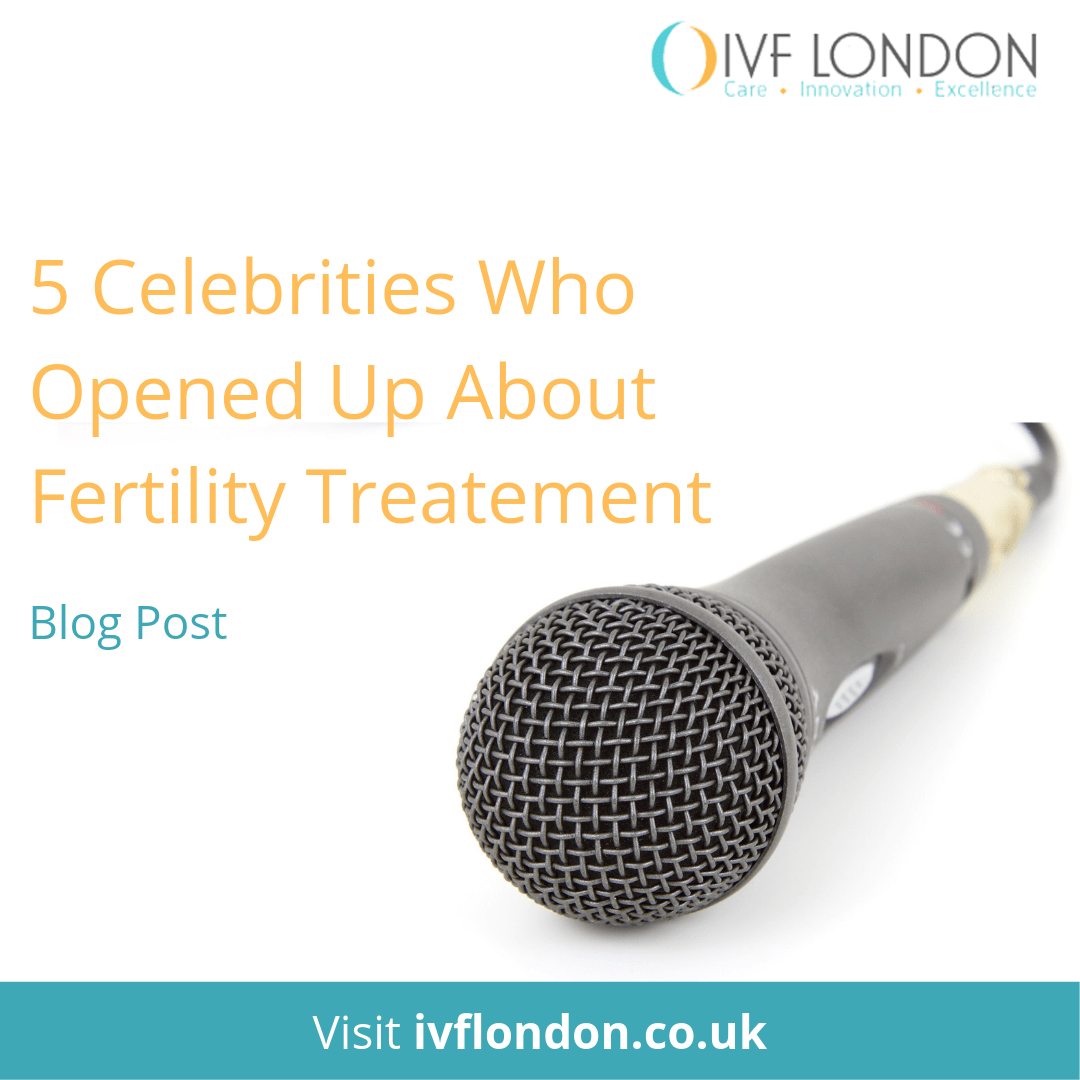 5 Celebrities Who Opened Up About Fertility Treatment

For those 1 in 6 affected by infertility, feelings of shame, guilt, and sadness, make them suffer in silence and feel isolated. Recently, and partly due to social media, more and more people are openly speaking about fertility treatment. This is a conversation that is much needed. It shows that families come in many shapes and forms, and fertility treatment is one of the ways of achieving it.

In this blog post, we showcase 5 celebrities who recently opened up about fertility struggles and treatment, each one with different journeys and stories, in the hope that we carry on the conversation and break stigma around infertility.

The news were revealed by Michelle Obama’s book ‘Becoming”, where she talked about her story of miscarriage that led her to seek fertility treatment. “We were trying to get pregnant and it wasn’t going well,” Obama, 54, writes. “We had one pregnancy test come back positive, which caused us both to forget every worry and swoon with joy, but a couple of weeks later I had a miscarriage, which left me physically uncomfortable and cratered any optimism we felt.” She also said “We sit in our own pain, thinking that somehow we’re broken,” she said, adding that “it’s important to talk to young mothers about the fact that miscarriages happen.”Her two daughters were conceived through IVF.

Tana Ramsay talked about the couples’ fertility struggles to The Guardian. She explained: “I suffer from polycystic ovaries and Gordon has a low sperm count, which is probably down to the kitchen – the hours, the stress, the heat. So we had IVF [to conceive Megan, now 21] which made me feel like a complete failure.”

The couple had further treatment to conceive their second and third chid (twins Holly and Jack, 19), whilst the fourth child (Matilda, 16) was conceived without help. After a devastating miscarriage at 5 months in 2016, they couple  got pregnant again in 2018 and welcomed and the fifth child (Oscar) to the family in April this year.

The singer of Price Tag, talked about her fertility struggles during an incredible stage performance at Royal Albert Hall. According to Metro.co.uk, Jessie said: “I was told four years ago that I can’t ever have children. I don’t tell you guys for sympathy because I’m one of millions of women and men that have gone through this and will go through this.” She also said: “It can’t be something that defines us but I wanted to write this song for myself in my moment of pain and sadness but also to give myself joy, to give other people something that they can listen to in that moment when it gets really hard. So if you’ve ever experienced anything with this or have seen somebody else go through it or have lost a child, then please know you’re not alone in your pain and I’m thinking of you when I sing this song.”

The EastEnders actress has openly talked about her four rounds of IVF, miscarriages and ectopic pregnancy. The actress told The Mirror: “All my friends at the time were getting pregnant around me and it was heartbreaking. You want to be happy for everybody and you feel like such a failure.”

The actress added that she realised that there were other ways that she could become a mum and adopted her daughter Billie.

Sharon at this Morning show, opened up about her fertility struggles, having her seven rounds of IVF until she had her daughter Betsey. In an emotional discussion, she encouraged others to speak about their experiences. “I wanted to be honest about this because ever since I announced it, and I’m 46, I had so many messages from women asking about IVF.” She also said: “I didn’t want to pretend I naturally became pregnant at 46…I remember feeling so isolated that I was the only one going through this.” She also added “I just wanted to say you feel so isolated, almost embarrassed, no one talks about fertility, but it wasn’t until the sixth go that we told our friends who then told us about their losses.”

Thank you to all these celebrities and many more, and patients alike, for coming out in the open with her IVF story and doing their bit to help spread awareness and bring hope to the millions of people facing infertility.

IVF has proven to be the most effective fertility treatment for decades. It is in no way a promise, but for many couples, it has played an invaluable part in their lives forever, and we wish it does the same for you. Get in touch with IVF London, visiting us during one of our open evenings or scheduling an appointment.